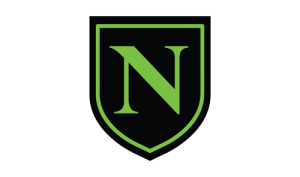 Northlea has not just one, but TWO parent organizations – The Northlea Home and School Association (Northlea H & S), as well as the Northlea School Council (Northlea S/C).

These two parent groups overlap considerably in terms of volunteers and members of their executives, but they focus on different aspects of school life. The Northlea H & S focus is on fundraising. The H & S organizes Pizza Lunches, small fundraisers (such as Mabel’s Labels and Flipgive, among others), as well as very large ones, such as Family Fun Night, which takes place in late February or early March every year. As a chapter of the Ontario Federation of Home and School Associations (OFSHA), the Northlea H & S derives a variety of benefits. The two most significant benefits of this membership are that our H & S is technically financially independent from the school and the TDSB, as well as that our events are covered by OFSHA’s insurance policy. However, this does not mean we act independently! We work closely in conjunction with our admin, and consistently aim to seek parent, teacher and admin involvement during the year as well as throughout our entire process of fund allocation each spring. In addition, it should be noted that as members of OFSHA, the Northlea H & S is subject the organization’s rules and oversight, including financial audits.

The Northlea School Council focuses on issues related to school. The TDSB mandates that each school have a School Council to liaise between parents and the school on a variety of issues such as curriculum, safety, parent involvement, the SIP (School Improvement Plan) and the School Statement of Needs, a document outlining the characteristics and skill sets parents seek in their school’s administration.

Together, these two groups hold public meetings with our admin team approximately 6 times/year. At each meeting, we cover H and S as well as School Council items. There is generally a topic for each meeting, and we focus the bulk of the meeting on a subject aimed to educate and inspire parents. As well, we occasionally hold additional parent engagement evenings where we host guest speakers. We welcome volunteers and parent involvement at all levels, and hope to see many new and returning faces at our meetings this year.

Get New Posts in Your Inbox!

Thank you for subscribing.